Roddy Grant Testimonial,,,10.11.99.
St Johnstone player Roddy Grant will be joining the Tartan Army this weekend. To celebrate his 10 year testimonial match on Friday night against Coventry City and the fact that his team mate Alan Main has got him tickets for the Scotland England game 24 hours later, Roddy has had a St Johnstone tartan suit made by Perth kiltmaker Gilbert Ferguson. Although he was born in England Roddy knows which team he supports as he joins his teammates and other Scotland supporters at Hampden. 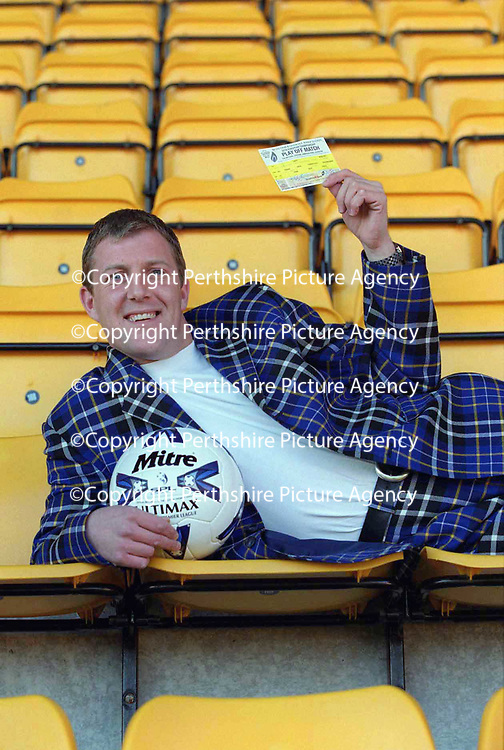