To celebrate Perth’s ancient roots, the streets of Perth were alive with the sound of a medieval re-enactment, crafters and musicians…11.08.18
A shattered Scottish Knight League (SKL) member Laura Bennett (wearing blue) takes a breather in between her bouts during a fight against Leonie Leaver (wearing orange) who were entertaining the audience with a fight on King Edward Street in Perth
Picture by Graeme Hart.
Copyright Perthshire Picture Agency
Tel: 01738 623350 Mobile: 07990 594431 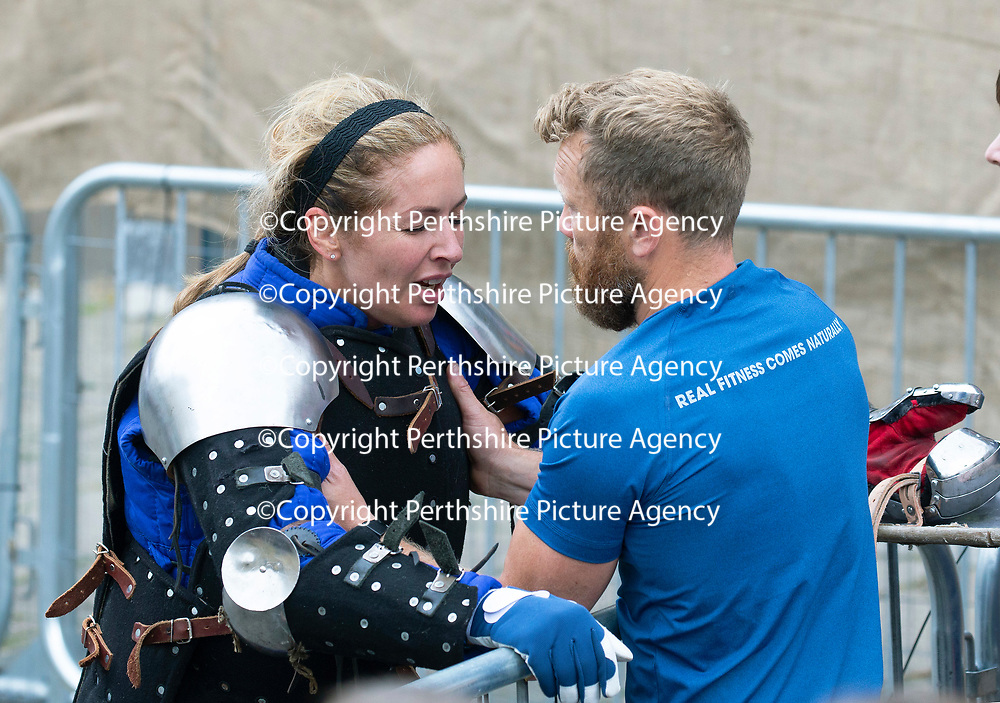