Two of the 11 guinea pigs that were abandoned on Little Glenshee, Perthshire pictured being cared for at the Tower Veterinary Centre in Perth. The guinea pigs were caught by Eddie Anderson after he found them whilst out walking his dog, unfortunately a few of the animals have been killed by stoats and some had succumbed to the cold. Tayside Police beleive that at least one guinea pig is still in the wild.
see story by Maureen Young Tel: 01764 663191 / 07778 779888
Picture by Graeme Hart.
Copyright Perthshire Picture Agency
Tel: 01738 623350 Mobile: 07990 594431 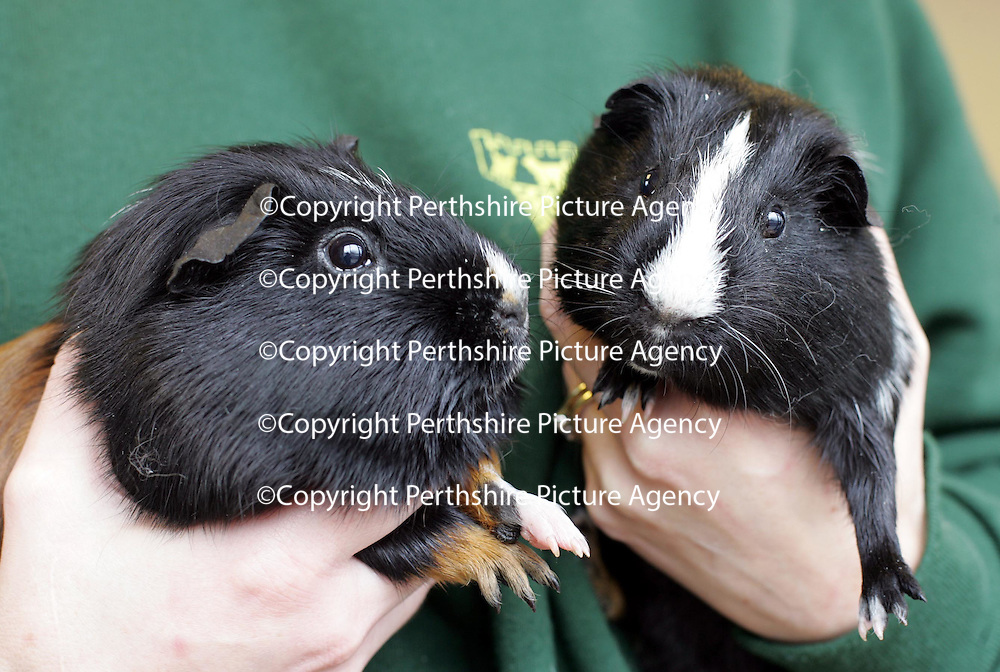