VE Day 2020….A collect photograph of World War Two veteran George Stewart who served with the Eight Army in North Africa and Italy.
Picture taken in February 1943 at Timimi, Lt George Stewart is pictured on the right. An old ammunition box has been bolted to the side to increase personal carrying capacity. The windscreen had been covered with oil and sand to cut down the sun’s reflection. The rhinoceros sign is of 1st Armoured Division.
see story by Gordon Bannerman Tel: 07729 865788
Picture by Graeme Hart.
Copyright Perthshire Picture Agency
Tel: 01738 623350 Mobile: 07990 594431 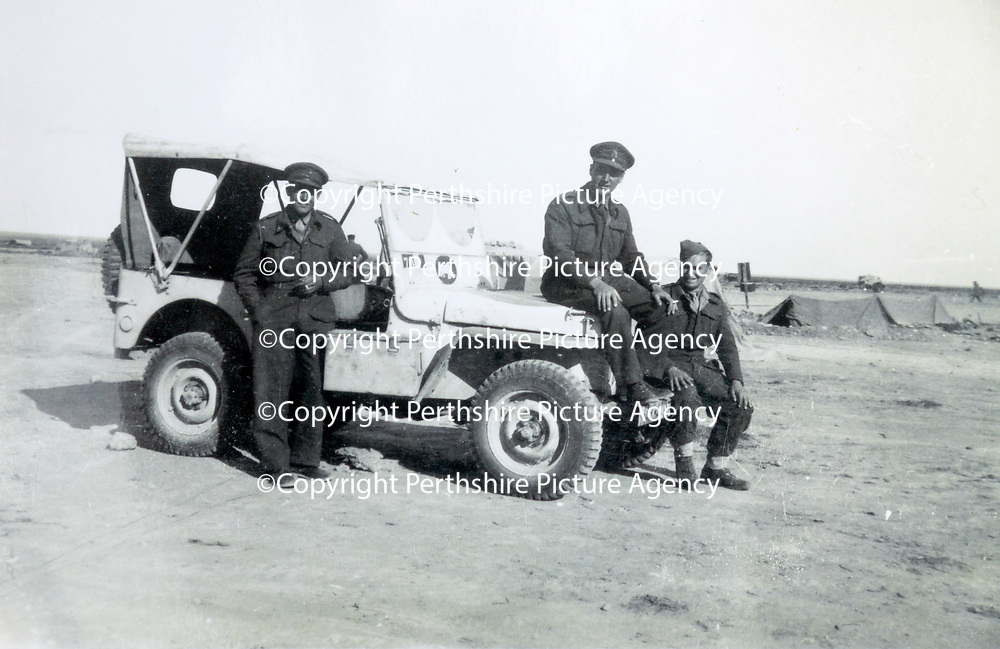